Why Dividend Investing is great over the long run 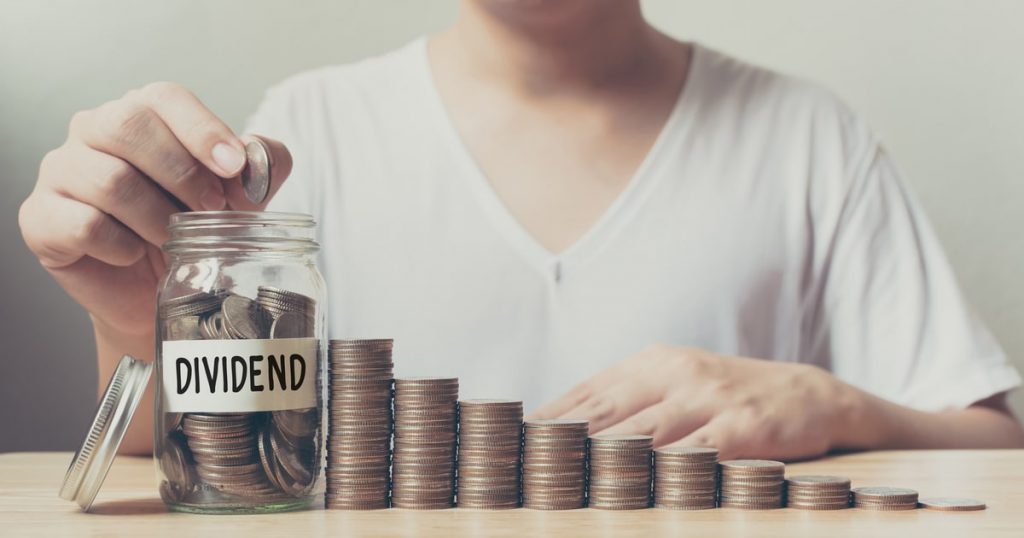 Dividend investing is a way of investing in which a person buys shares of companies that regularly pay dividends and have a good dividend yield. Now in case you do not know what dividend means then let me tell you about it. When a company earns profits, it can either use those profits for expansion and research and development of the company or they may pay it to their shareholders. The net profits earned by the company are divided among the shareholders and paid to them as dividends.

Lets say that you have 100 shares of Twistedshelf Ltd. Lets assume that the company earns a net profit of $50000 over the year. And lets say that the total number of outstanding shares are 2000. So when you divide those $50000 among the shares, then the dividend paid to each share would be $25. So, since you own 100 shares you would earn $2500 in dividends. All that you had to do was just buy shares of Twistedshelf Ltd and forget about them. The company would earn profits and pay them to you as dividends.

It does not necessarily mean that all of the net profit earned by the company will be paid out as dividends to the shareholders. The company may decide to keep some of it as reserves to meet a certain unknown event that may occur in the future or they may use some of those profits to expand.

In the beginning of the article I had mentioned something called dividend yield. Dividend yield is basically a financial ratio that tells you how much a company pays out in dividends in relation to its stock price and its measured in percentage. It is calculated using the following formula:

Lets go back to the example of Twistedshelf Ltd. Now lets say you bought those 100 shares at a price of $10 per share. So using the formula, the dividend yield would be 2.5%.

Now a high dividend yield does not necessarily mean that its a great investing opportunity. It is because of the fall in the price of the share. This may be due to many reasons. Some of them maybe because of an economic downturn, because the company is not doing so well, the company is facing legal issues and so on.

But lets say that the company that you want to invest in is a financially solid company and it has a great reputation, which has been operating for many years now. Now because of an economic downturn or because of some event, like the Covid-19 pandemic that we are facing now, the market crashes or the prices are really low compared to what the company is actually worth, then it is an absolutely amazing opportunity to invest in that company.

The dividends that a company pays is based on many factors. There may be times when the company might earn less profits when compared to the previous year and hence they may reduce the amount of dividend that they pay. There also may be regulations implemented by the government which may prevent the companies from paying dividends. For example, in India the central bank has asked the banks to retain their profits and not pay dividends due to the Covid-19 pandemic.

In the title I have mentioned that dividend investing is great in the long run. Lets say you are 20 years old and you start buying shares of established companies that pay out dividends regularly. You reinvest the dividends that they pay you every year and buy more shares. You regularly buy shares and you reinvest dividends. During market crashes, which are an amazing time to buy shares, you buy more shares of those dividend paying companies at a cheaper price. You keep doing this for lets say 25 years. Over the course of these 25 years, these companies would have helped you become more financially free and reduce your worries about your expenses. They would have helped you earn something more alongside your job. You did not have to do much other than buy those shares and forget about them. Well, maybe you might have had to check on the financial health and the news around the company and the industry it operates in once in a while. All this passive income you generated is going to keep building up and will reward you over the long term.

As the number of shares that you own increases so does the amount of dividends you earn. You may have a goal that you can achieve with the help of these dividends that you earn.

Thank you for reading this post. I hope that you liked it. Do let me know about your views on dividend investing in the comments. I would love to hear your suggestions and feedback as well. Please share this post too.